For the morning of our first day at Marari Beach we have organised a ‘Temple Tour’ through the hotel, we are due to start at nine o’clock and arrive a few minutes late. “I have been waiting for you” says our guide somewhat disaprovingly; this does not bode well. Anyway we are ready, we have a car and driver and a guide so off we go.

Our first temple is just down the road and is the Mararikulam Mahadeva Temple dedicated to Lord Shiva which we drive through this formidable entry arch to reach. 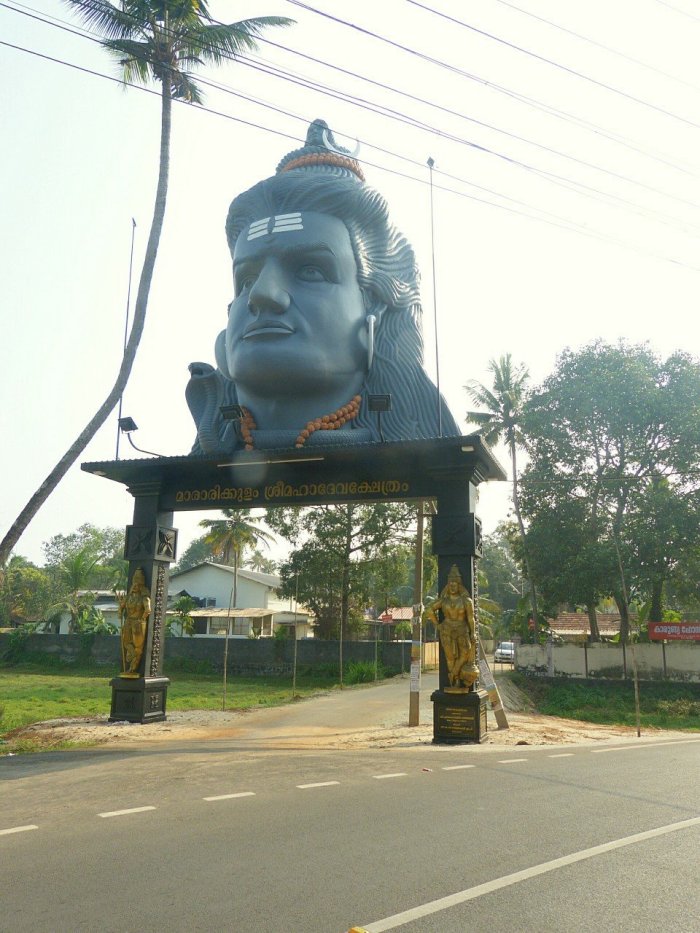 A word about Indian Temples, they can be a bit sniffy about you taking photographs and you have to go barefoot, we relied on our guide to tell us when we could or could not take photos which meant that some of the most interesting things were off limits. This temple has been on this site for about one thousand years but has been rebuilt many times and the modern part is, well, modern but there are also some interesting older statues. 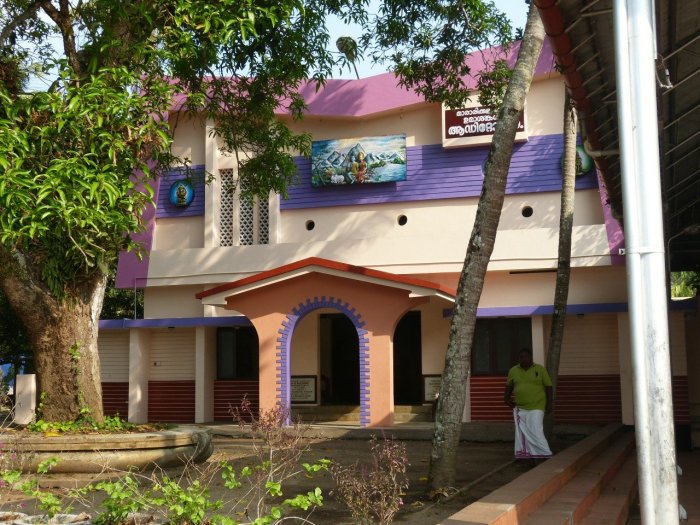 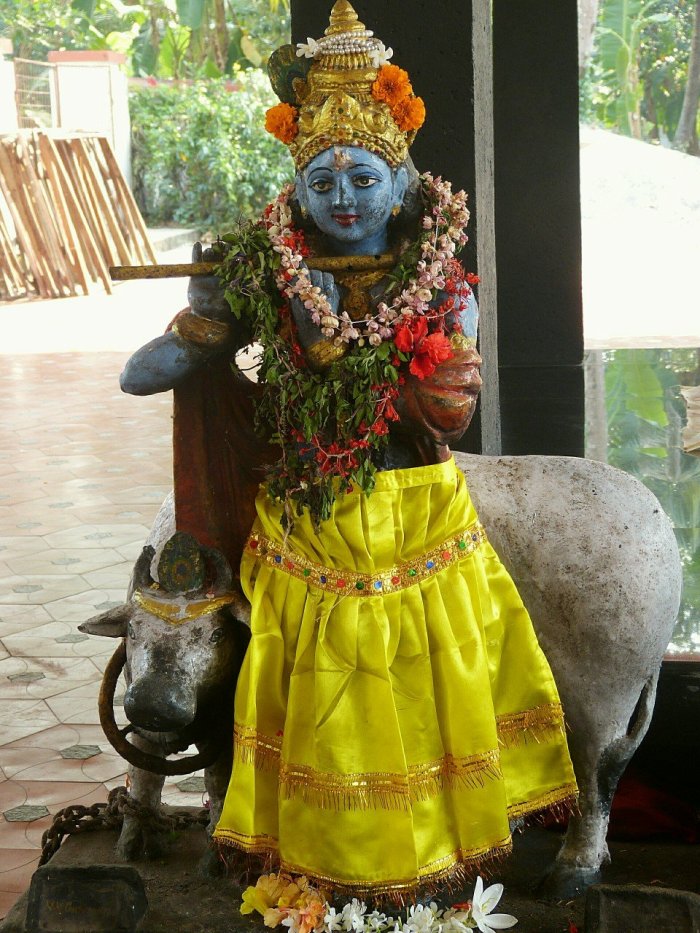 From here we moved on some distance through the town of Alleppey, famous for the manufacturing and exporting of coir to our next temple the famour Nagaraja Temple also known as the Snake Temple as it’s dedicated to the Snake God. This was a much busier place with carvings of snakes everywhere. 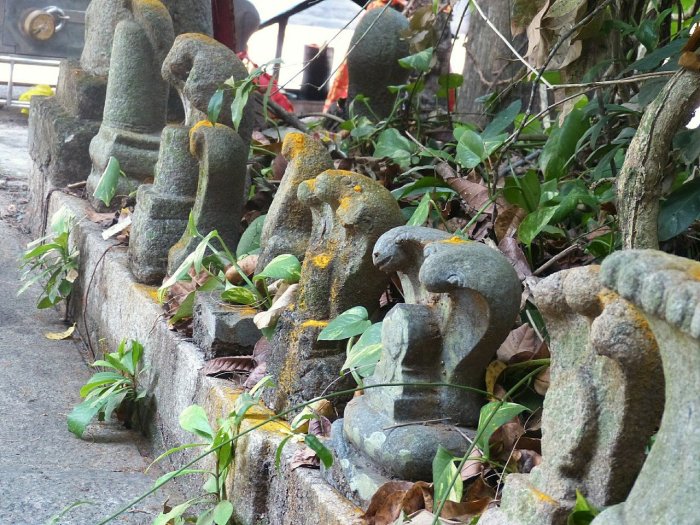 Some of you may know that I dislike snakes immensley so was delighted that they existed only as carvings but on the way out there was a bit of a furore near a pond so we went to have a look and there was a snake, a real live snake 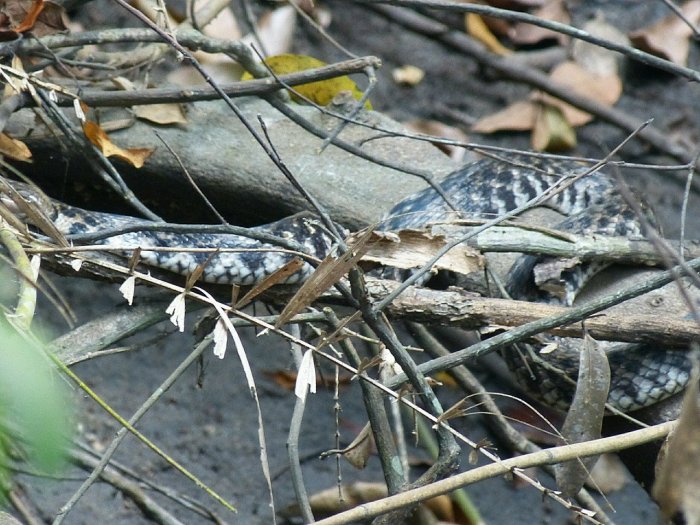 apparently to see a snake at the Snake Temple is a mighty fine omen so we feel blessed indeed! 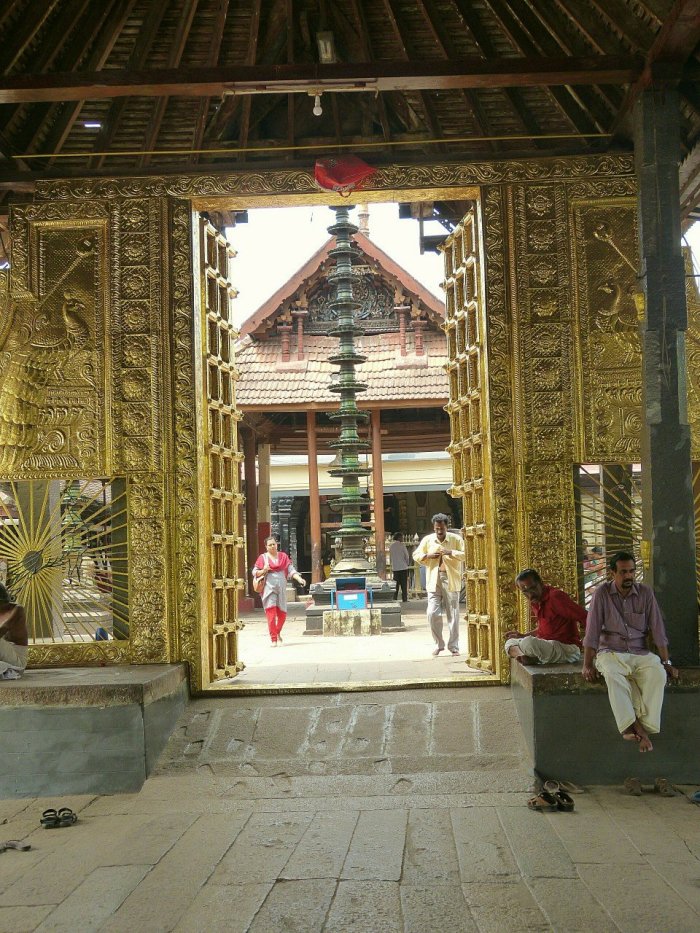 and inside the courtyard were tables set up where acolytes were counting money, tables full of money which they do as a form of ritual and then spend it on good works. Our guide was a local Christian so I did consider a reference to the money lenders in the Temple but then thought better of it. By now though we had a problem, it was mid morning and the sum had been beating on the flagtones all morning and our poor western feet were suffering to the point that to continue would ahve been foolish so I took one last photo of Ganesh as that was also our driver’s name 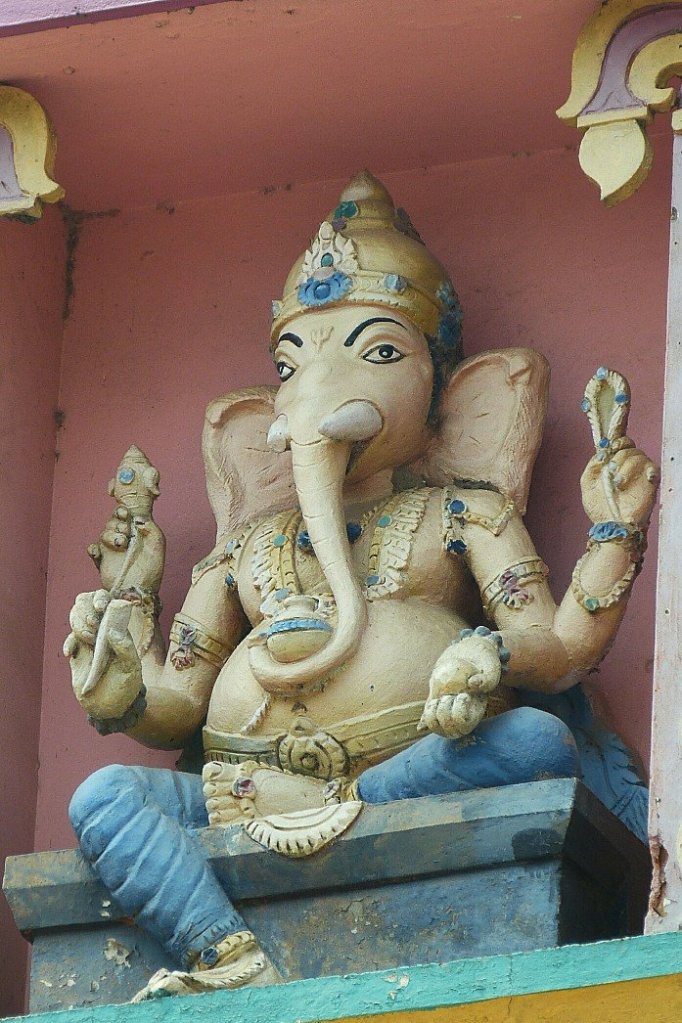 and we left. This was a shame as we were promised an elephant at the next temple but enough is enough and it was nearly time of lunch following which we concentrated on relaxing.

Mrs Sixwheeler is suffering out here. Despite liberal application of insect repellant she is being bitten to pieces and at the time of posting is sporting twenty seven bites which are causing her consdiderable discomfort. Some years ago one of our daughters spent a gap year and a bit travelling the world and brought back much interesting information, one such is that the best treatment for the relief of itching insect bites is the application of pile (hemorrhoid) ointment. Quite how anyone discovered this beggars the imagination but I have tried it in the past and it does seem to work. Before this holiday I had a good clear out of outdated and damaged medicines and failed to replace our tube of pile ointment; that evening the following conversation took place…

Mrs S: can I have some of your pile ointment for my bites please?

Me: I’m sorry, I don’t have any as I had a clear out and forgot to replace it.

Mrs S: but what about your piles?

Mrs S: don’t you need it for your piles?

Mrs S: Oh I always thought you did and that’s why you had some!

We’ve only been married forty seven years, I think that she was trying to tell me that I’m a pain in the backside.

Tomorrow we shall relax and we’ve been invited to a drinks party.