I must start by saying a few words about where I stayed last night.

I chose Le Gite Aux Temps d’Une Pause (Chez Cathy) almost by chance from the Miam Miam Dodo guide that lists the accommodation and other facilities along the Way. As it turned out I could hardly have chosen better.
From the start I was warmly welcomed, I was to share the room with another but had plenty of time before he arrived to do my washing both clothes and me. It was nice to be able to hang my stuff outside in the sunshine where everything dried very quickly, even my socks.

When the other guy arrived we got talking and he asked me where I lived and when I told him he nearly fell off his chair. As a fifteen year old schoolboy he had been on exchange trip at a school in Bath, some forty years ago!

We had both decided to ‘eat in’ and were given a delicious tomato and basil salad followed by cold poached salmon with pasta and green beans and finally natural yoghurt with some of Cathy’s excellent home made jam to stir into it. All washed down with a pichet of rosé it was delicious.

After an early breakfast this morning I set off in quite cold conditions but it was straight uphill so soon warmed up. As it got lighter so it got warmer but it was delightful walking through the Garrigue and woodland where the smells of box and herbs were very strong.

As it was only a short walk it was a pleasure to slow down a bit and enjoy the surroundings. I did get a bit lost coming out of La Boissière but after asking directions soon picked up the GR markers again.

Later I decided to take a variant from the route through a disused railway tunnel. This was interesting as it curved steeply and in the middle neither portal was visible and there was no light at all. Good thing I had been warned to have a torch handy.

Today I have also been thinking of all the months that I needed a walking stick and knee brace just to get about, when twenty minutes was about all that I could manage to walk at all. Makes me think just how lucky I am. Thank you Mr Flynn.

Seems strange that tomorrow will be my last day’s walking on this trip. The next visit promises probably the best walking of the whole Arles Way.

PS
Here is a picture of Cathy’s dog. 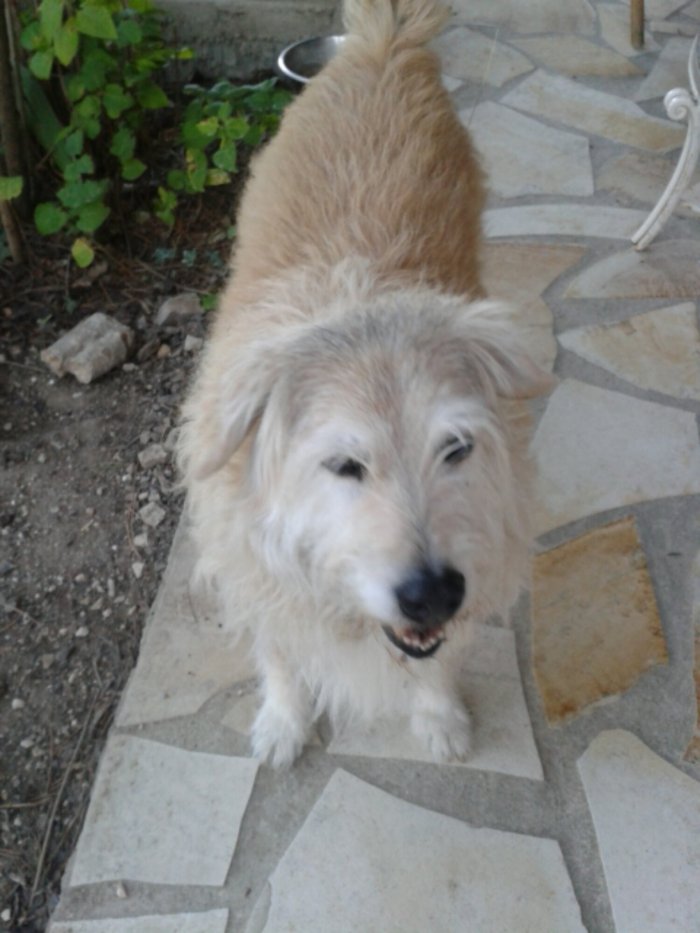 he’s called Yuki and is about a hundred years old and is a very shaggy dog indeed.