Last night’s excellent dinner was followed by a very good breakfast before we headed off to enjoy whatever Avignon has to offer. The very helpful people at the Hotel La Ferme pointed out good car parking and off we went.

and set off to explore.

Avignon is best known for two things: the papal palace and a bridge that we all learn a song about as children. We wanted to see both.

Our first stop was the Palais des Papes, an enormous conglomeration of buildings with a history going back to the thirteenth century. Here are a few views. 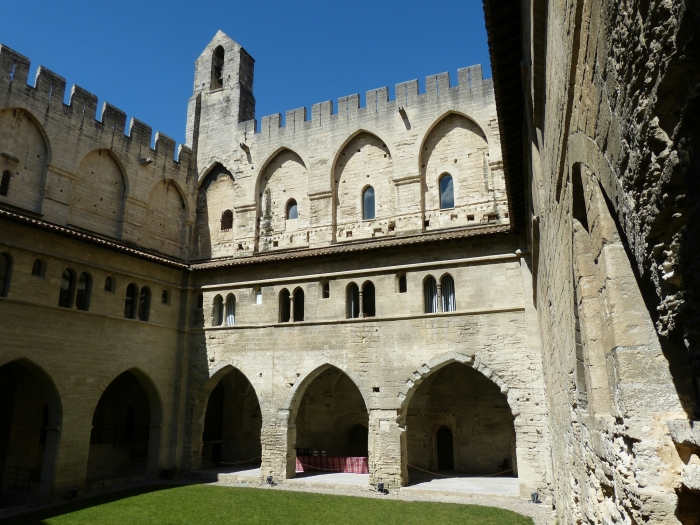 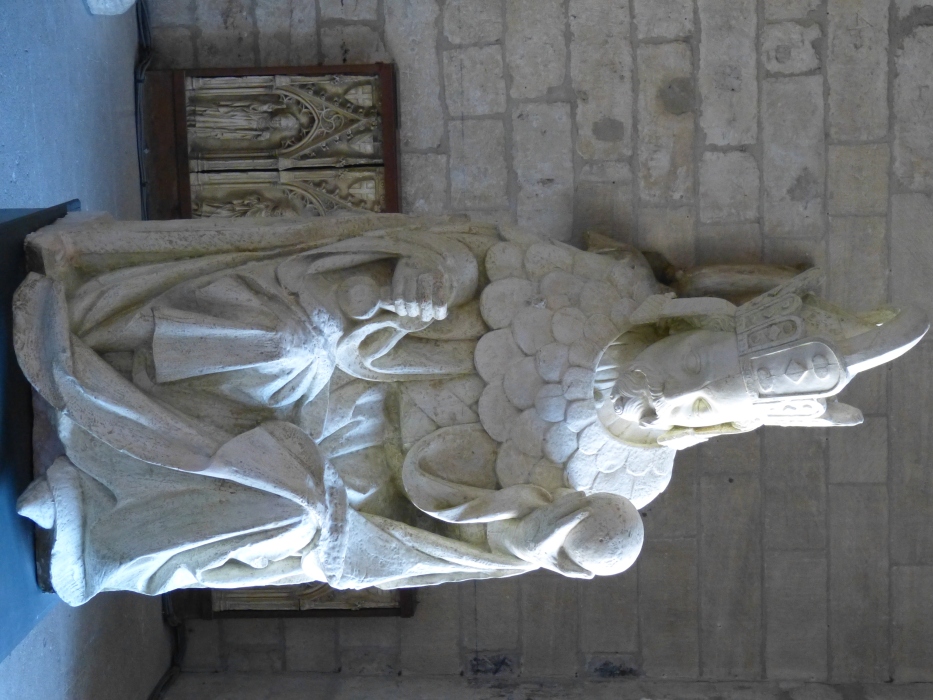 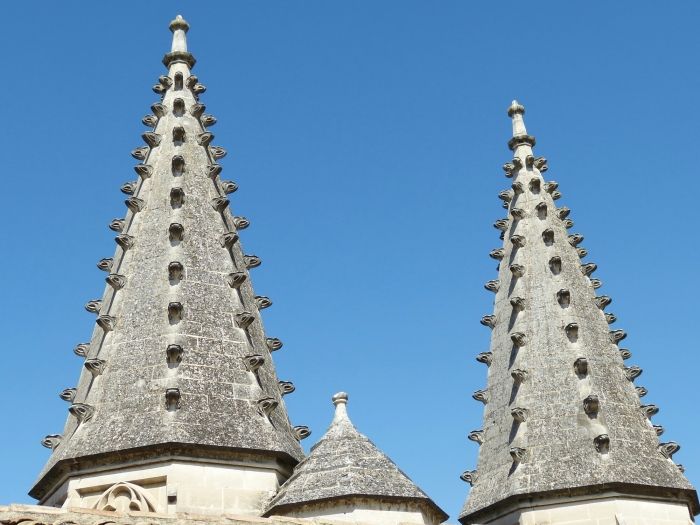 It cannot be denied that it is massive and historic, BUT we both felt that it has been over restored and because it lacks any furnishings it lacks atmosphere. Frankly we were both underwhelmed. But at least we’ve seen it.

What we needed was a coffee and recharge the batteries. 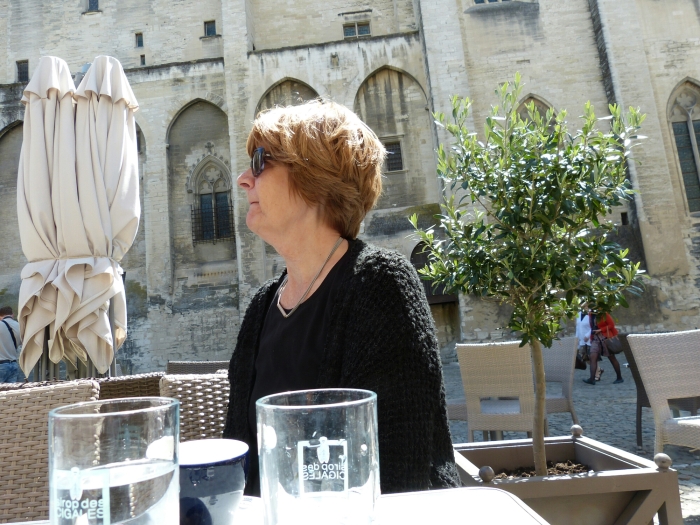 Following which we headed off to that bridge. I’m not sure if the words of “Sur le pont d’Avignon” or “Frère Jacques” were the first words of French I ever learned, was one or t’other; I do remember being surprised when I found out that it’s actually only half a bridge, the rest having been swept away in a flood. Anyway here’s the ‘demi pont d’Avignon. 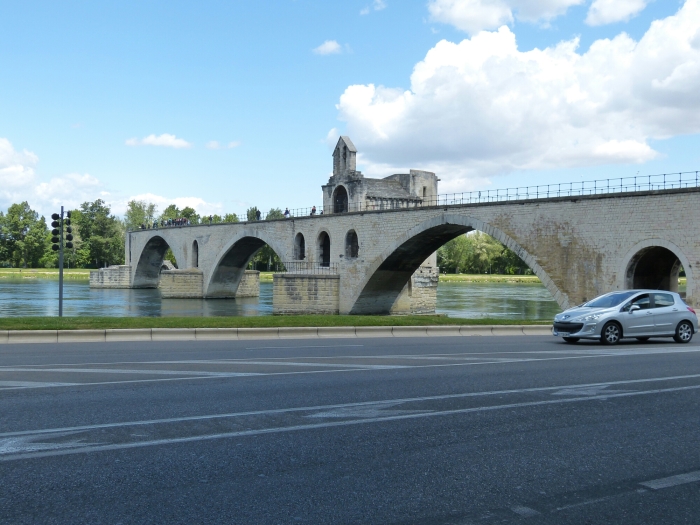 After this we wandered the streets and shady places to find lunch in the Place d’Horlogue. 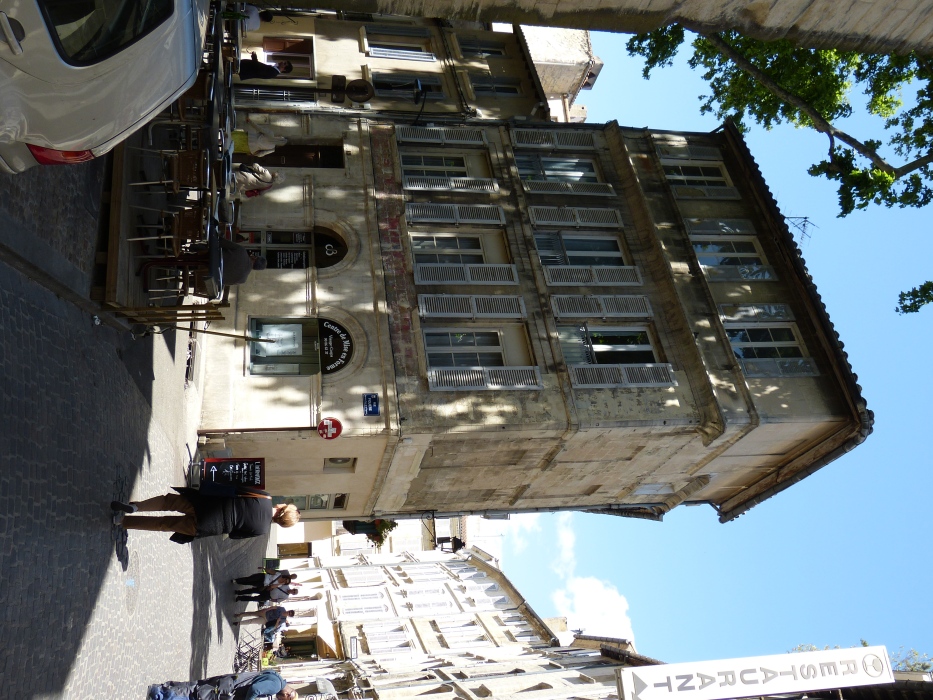 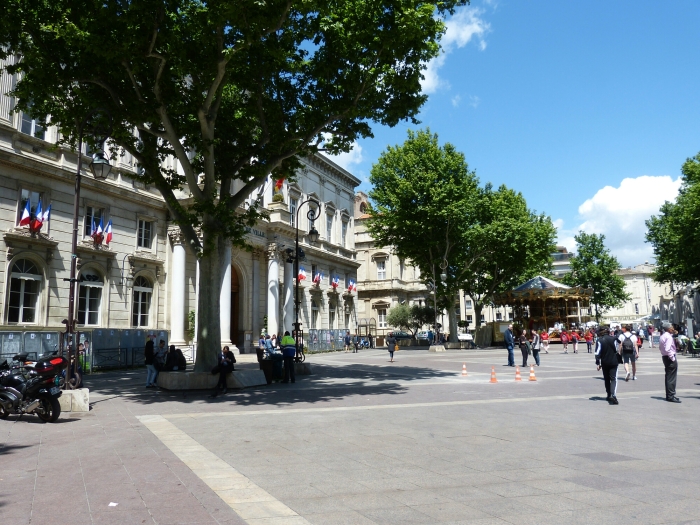 And then, a bit footsore, back to the hotel for an afternoon nap.

Oh, did I mention that Avignon was very much open so Mrs Sixwheeler was able to occupy some time to a bit of retail therapy?

On the move tomorrow to A call on and hopefully some working WiFi.