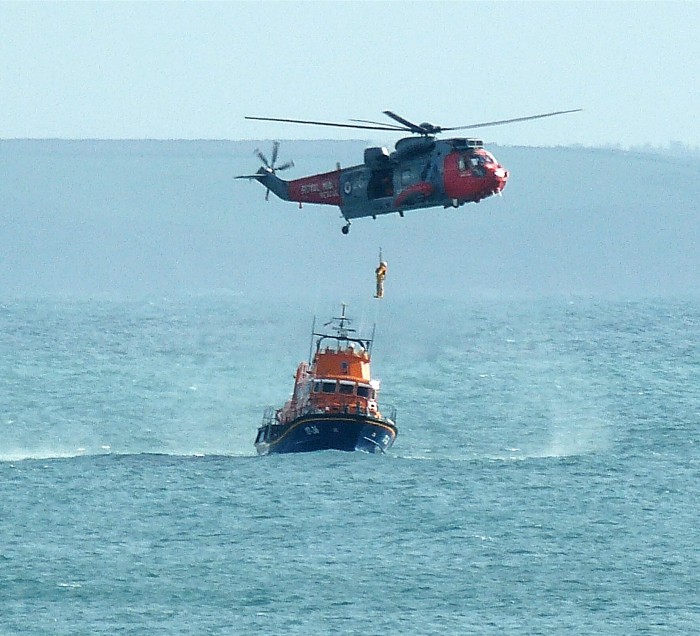 The cottage we are staying in at Newlyn overlooks the harbour and just down the hill from us the Penlee Lifeboat is stationed. Some of you will remember that some years ago a previous Penlee Lifeboat was tragically lost with all hands during a terrible storm while trying to rescue others. If you’re not familiar with the story do Google it as it says everything about lifeboat men.

In the UK maritime safety and rescue is carried out by the Royal National Lifeboat Institution which is a charitable organisation supported by donations from the general public. The RNLI provides and crews offshore and onshore lifeboats and lifesavers at popular beaches. To do this effectively means constant training and exercises; today the Penlee boat was out on exercise with a Sea King rescue helicopter from the Royal Navy and I took the picture. Not often I use 24x magnification but I think it was worth it.