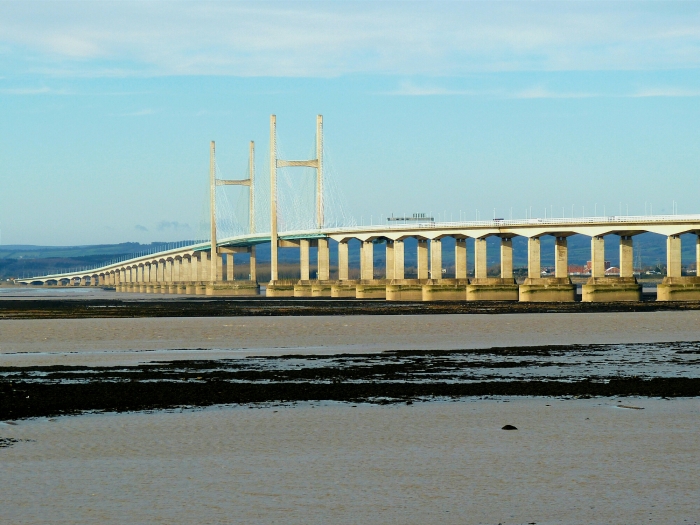 Today was a triumph; Mrs Sixwheeler wanted to go Christmas shopping at the big retail park at Cribb’s Causeway on the western side of Bristol but she knows that I don’t much care for browsing. What happened was that I dropped her off at the John Lewis store then Maude and I drove to Severn Beach and enjoyed a very bracing walk.

I’d never been to Severn Beach before but it’s only about ten minutes drive from the shops. Not the most inspiring place I’ve ever been, it’s really the arse end of Avonmouth but it does give a good walk.

Being the estuary of the River Severn it is inevitably flat but offers views across to South Wales on the north shore with the hills rising beyond. As far as being a beach is concerned it’s actually mud but I suppose that Severn Mud really wouldn’t sell the place. Anyway there is an excellent walk along the bank, in fact two paths a higher and a lower; we walked out on the lower and back on the higher.

The tide was out but coming in quite quickly but there were birds to be seen on the mudflats. We walked upstream into the teeth of a very bracing (i.e. cold!) wind, the view was dominated by the “new” Severn Bridge which I have often driven across. It is impressive from the road level but even more so from the shore. We walked along and under it and on to where we had good views of the “old” bridge at which point we turned and were blown back to the car. Very good walk and Mrs S had successful shopping as well.