What can you say about Delhi? Before I even try to answer that let’s see how things are going.

Well mostly I’ve been asleep since yesterday. After check in we came up to our suite (sitting room, bedroom with vast bed, bathroom and dressing room), unpacked and fell into bed and promptly fell asleep. We managed to wake up in time for our meeting and then retired to the bar as I urgently needed some beer, purely in the interest of rehydrating myself you understand. This was followed by a delicious dinner but by then we were a bit like zombies and were very grateful to get to bed and a long sleep.

This morning found us refreshed and renewed and after a good breakfast ready to face Delhi. Incidentally we breakfasted outside where there was a very large screen telly set up on the lawn so that guests could enjoy the World Cup cricket. We particularly enjoyed the sight of three young men carefully cleaning the set and taking an age to do this while they enjoyed watching the game.

We met our guide Govind in reception together with the same driver who brought us from the airport. Govind is seventy one and as fit as a butcher’s dog. Dressed in traditional clothes and with a neatly trimmed moustache he looked just the part. And he proved to be everything we would need, with an impressive knowledge of history and cultural matters as well as a good stock of jokes and stories although quite a few of these were against British rule in India but none were in any way malicious. He is also clearly a devout and dedicated Hindu and I just got the feeling that this makes him ever so slightly better than us poor non Hindus although this was never obvious nor in the least offensive. As well as being a good guide he was also excellent and entertaining company.

So, as to our day, well to be honest it was all a bit of a blur! I do remember the Jama Majid and the Red Fort and the Raj Ghat (where Ghandi was cremated). We visited the great war memorial of India Gate designed by Lutyens and the enormous government buildings; we loved Humayun’s Tomb and the great sandstone tower of Qutab Minar, all of these things both wonderful and impressive.

But I will also reflect with horror on our rickshaw ride along Chandri Chowk. We had seen this in the itinerary and thought it would be in a motorised rickshaw but no, it was a cycle rickshaw and our driver was both elderly and tiny. We were both horrified as he was clearly struggling and at one point I did try to get off but he would have none of it and I didn’t want him to lose face so we stayed. I really regret doing it and will never do anything like it again. As a rider to this I did see burly young rickshaw drivers elsewhere but all those where we were appeared to have seen better days, perhaps that tourist run is their pension plan. Horrid!

Overall though it’s been a great day in Delhi with so many sights and sounds to remember as well as smells. Its a manic city with crowded streets 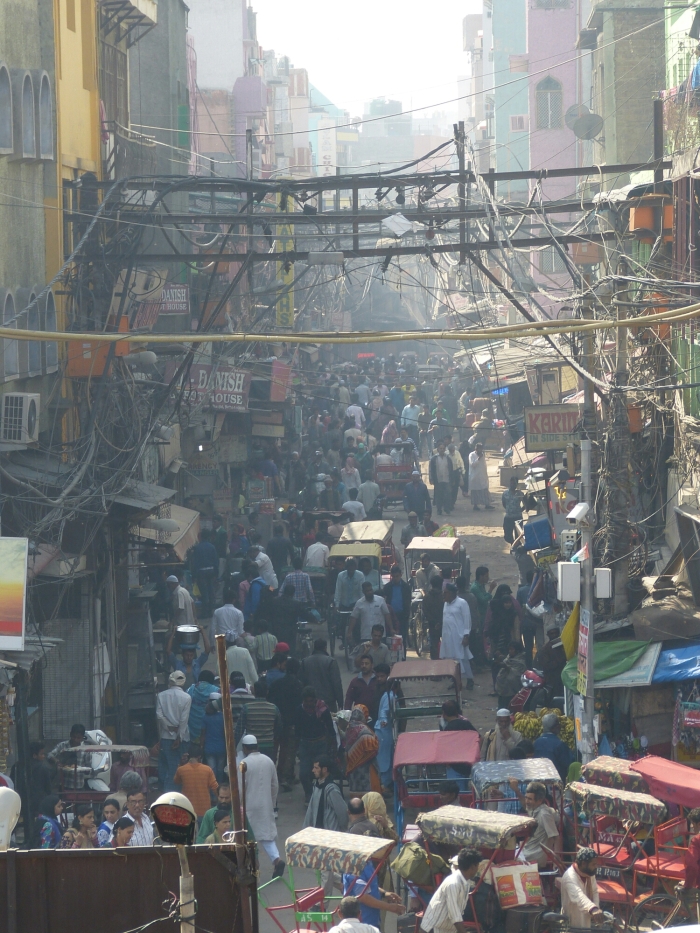 and often unexpected glimpses of things not on your itinerary 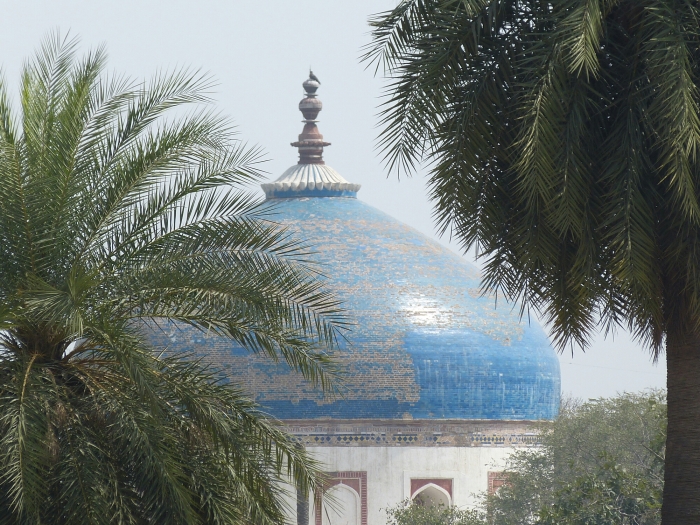 but it has given us a lot to think about and remember, and tomorrow we move on to Agra and the Taj Mahal so more delights in store.