Our last full day in Bordeaux and an unsettled weather forecast so we decided to head fir some culture. Tram into the city centre and a walk up to the Musée des Beaux-Arts, once again taking us past some attractive streets. 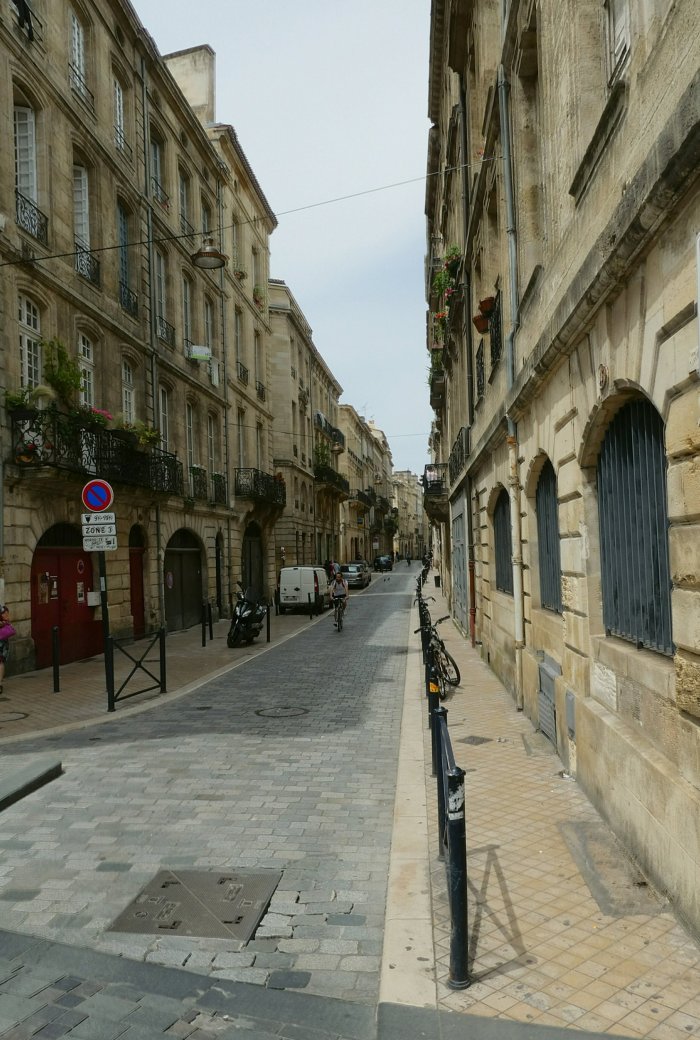 The museum itself has two wings which stretch along the two sides of the garden of the Hotel de Ville. 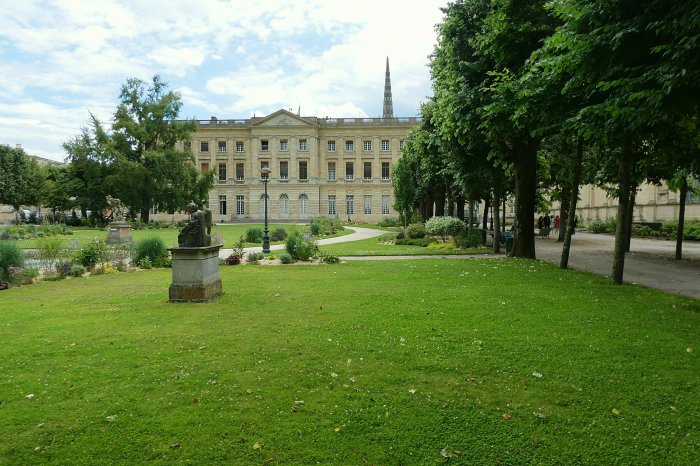 The South Wing has what they describe as Classic which to mel meant many huge, dark pictures of battles, shipwrecks, martyrdoms and rural scenes; altogether not my cup of tea although they had a small but delightful Bruegel that I liked. The North Wing is described as contemporary and I was much more at home with this, plenty of colour and action. We did get the giggles though over one huge painting when we realised that everyone in the picture, and there were plenty, had the same nose; we concluded that the artist just couldnt6do noses. There were also magnificent handles on the gallery door of which I am most envious.

As we left the gallery we stopped for lunch as it was trying to rain then after the meal and the shower were over we explored more streets of delightful shops and made our way home past more impressive buildings. Gordon Ramsay has a restaurant in this one, we didn’t go though.

Back to the hotel to get ready to move on tomorrow, we’ve really enjoyed Bordeaux and hope to come back.