This morning we decided to visit San Cristobal which is the old capital of Tenerife; actually an easy drive from here but complicated by my apparent inability to follow instructions.

When we arrived we managed to find a car park right near the town centre so we’re able to get a coffee within minutes of arriving. The town is now designated as an UN city of culture and is pleasant enough with traditional old buildings and attractive use of colour. 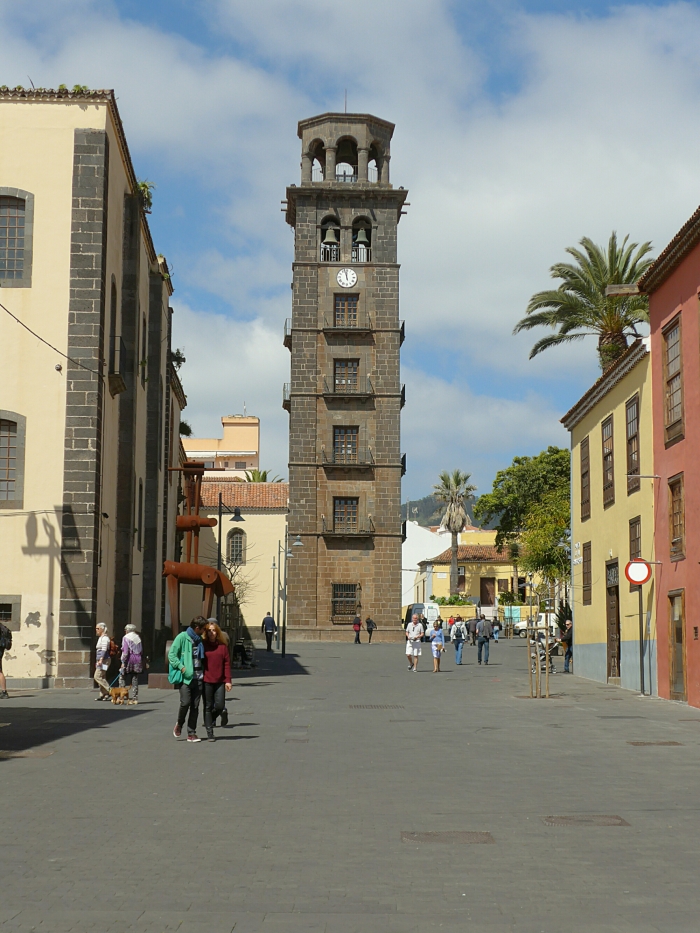 The sharp eyed among you may spot Mrs Sixwheeler in one of the photos, but I’m afraid there’s no prize for that.

We also visited the cathedral which we both found cold and unattractive and tried to get into the other main church but they wanted us to buy a ticket first, so we didn’t go.

The hotel where we’re staying in Puerto de la Cruz is comfortable and provides really very good food for this type of place. After dinner in the evening we usually have a coffee in the bar the go up to our room and read. Last night however we decided to investigate the “entertainment”. There were the usual musical duo who are pretty dire but the main act was billed as a “group atletico“. After much preparation they appeared and it turned out to be a couple of overdeveloped gym bunnies striking and holding balance poses. And I stayed up for this? Not a mistake I will make again.

Tomorrow appears to be shopping…