This year Mrs Sixwheeler celebrates a “Special Birthday”, you know, one of those ending in a “0”, so something special is in order. She has long expressed a wish to visit the”Eternal City” of Rome, so here we are.

The only downside has been a long and tiring day, I use the TripCase app when I’m planning a holiday as I find it a useful place to store all my information, last night I suddenly received an email from TripCase informing me that our flight was delayed by just over an hour; I tried checking the Alitalia website but could find nothing useful there. Not wishing to risk missing the flight for an extra hour in bed we left home at 02.30 but at least the M4 was clear; when we arrived at Heathrow Airport and checked in the delay was confirmed so well done TripCase.

Eventually after an uneventful flight (apart, that is, from the bloke behind me sniffing spectacularly throughout the flight) we arrived in a hot and sunny Rome, found our transport and headed into Rome and the Rome Times Hotel. This is one of those boutique style hotels, all dark wood, straight lines and a light under the basin in the bathroom. However everyone is friendly and helpful, the air conditioning works very efficiently and the bed is both comfortable and vast.

Obviously by this time lunch was the first priority and we found a nice table outside at a place just round the corner. The fact that there were police everywhere, all of whom appeared to be hipsters, and this scene just over my shoulder 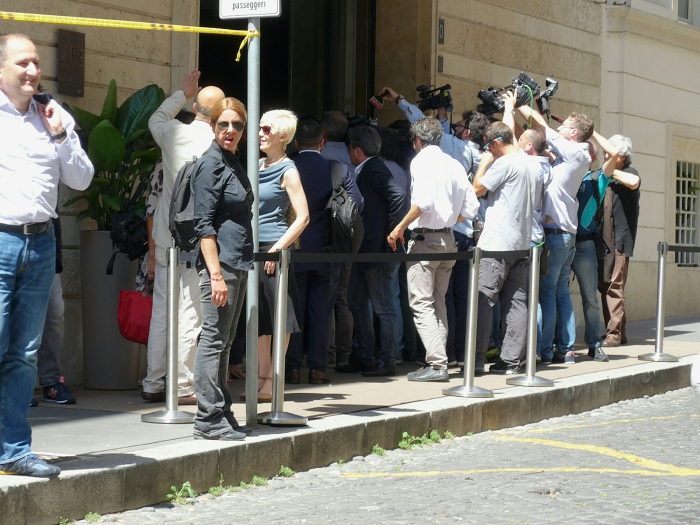 made us wonder what was going on. That is part of the Roman press corps and they’re waiting outside an hotel for the President of the Italian Republic and we’re enjoying beer and lunch about thirty five metres away; couldn’t see that happening at home!

Following an enjoyable and interesting lunch we went for a bit of a walk, so here are just a few random street photos to set the scene. 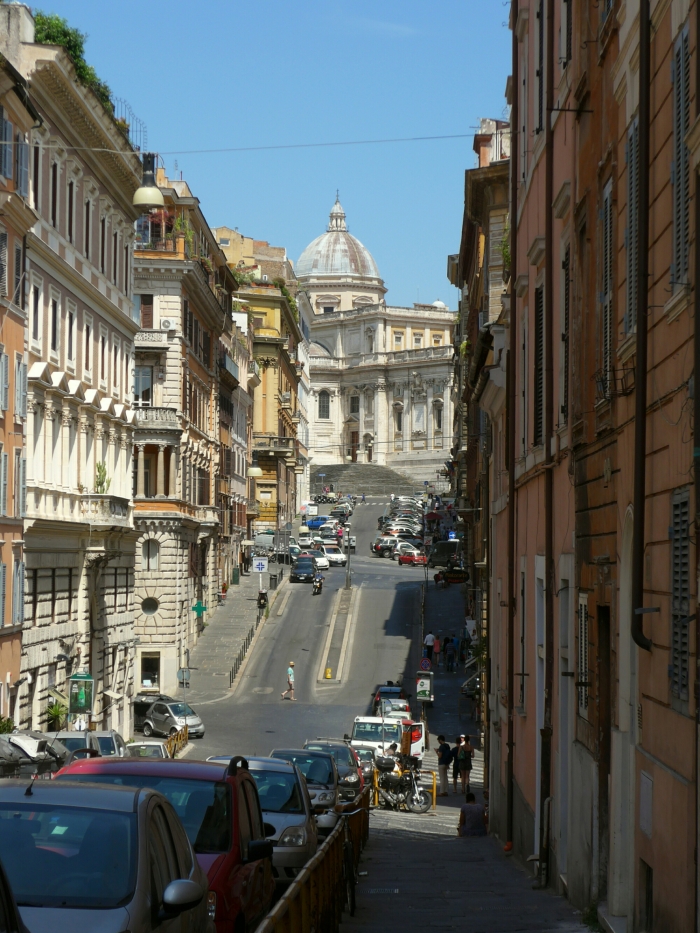 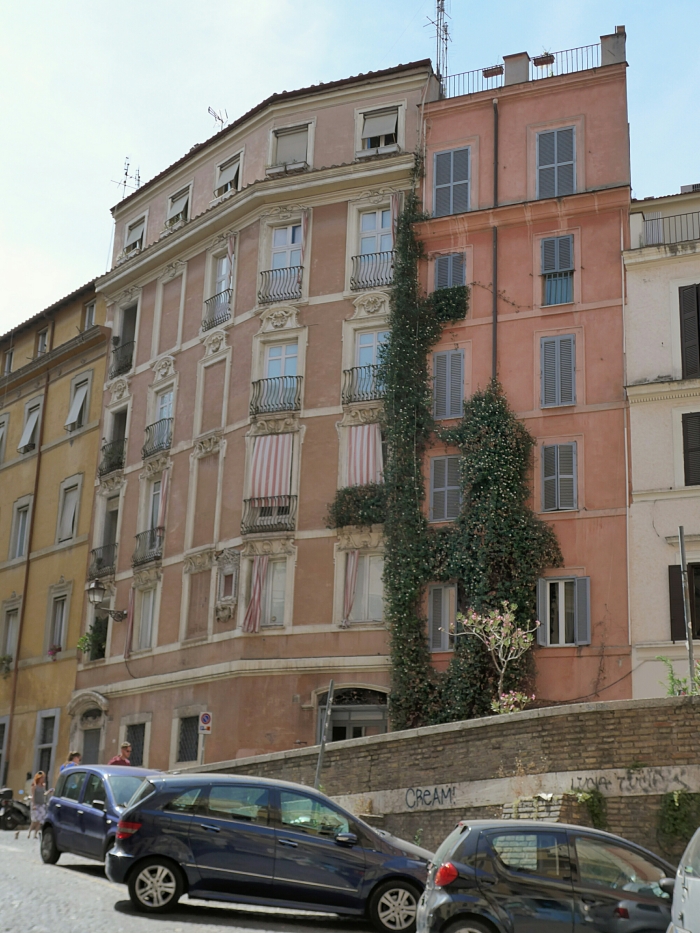 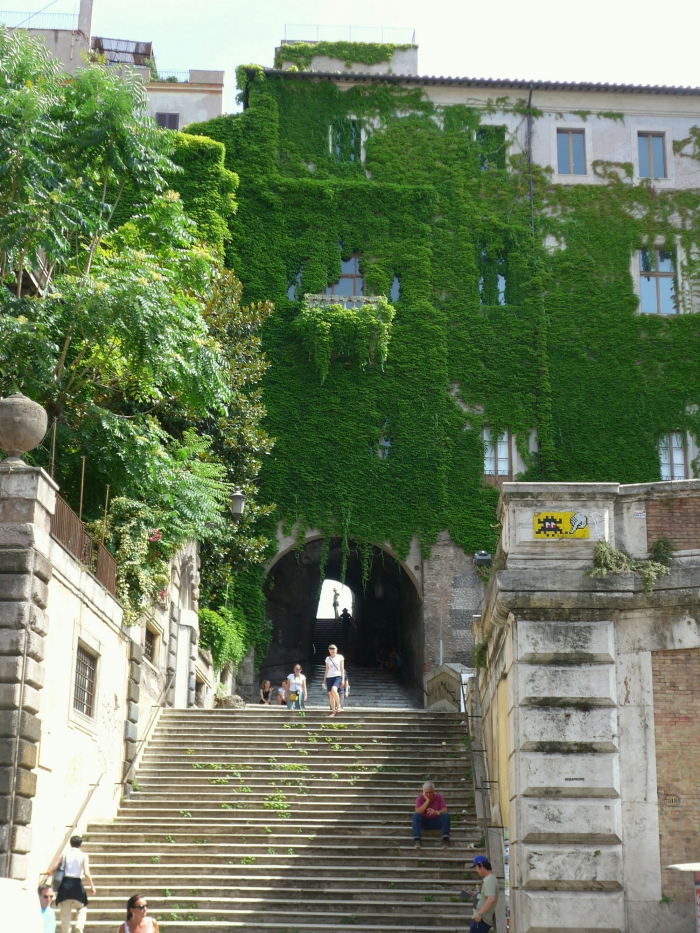 Until we sought solace from the heat in a spectacularly decorated church. 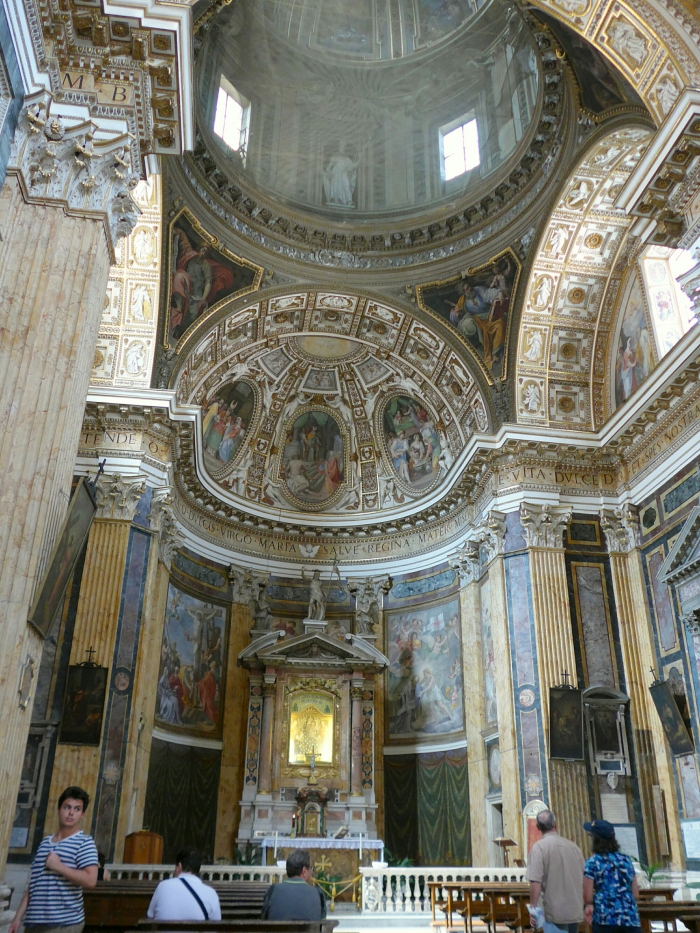 Finally on our way back to the hotel we found one of those little secret courtyards that are so easy to miss , this one’s an absolute gem. 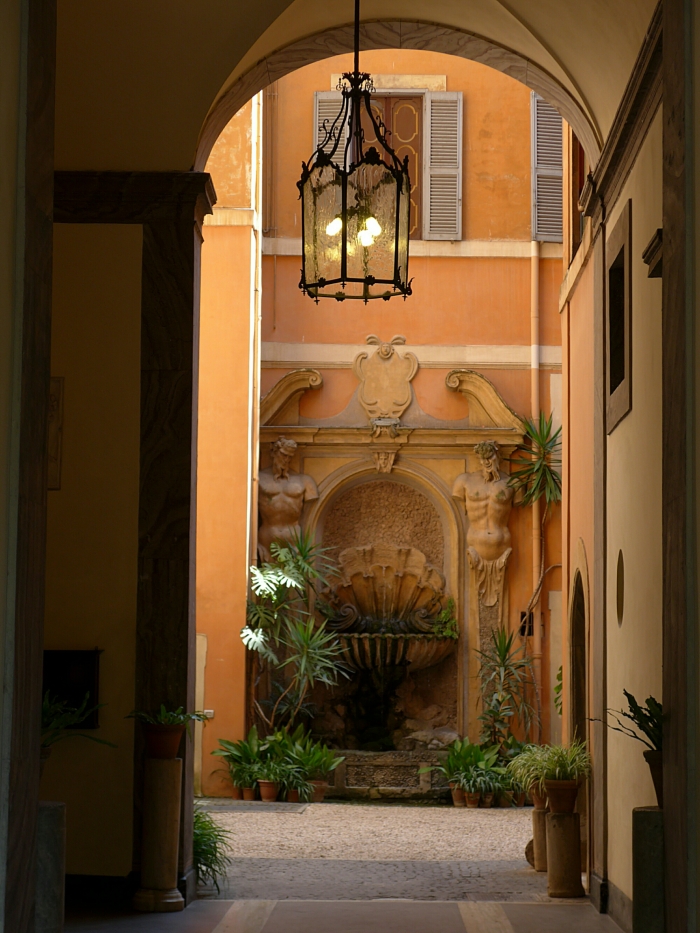 We crawled back to the hotel for a cup of tea and a sleep, emerging some hours later  for some supper; we’ve got to keep our strength up as I believe we have a charabanc trip planned for tomorrow.

Just an afterthought on Rome, some people have fairies at the bottom of the garden, in Rome you have the Coliseum. 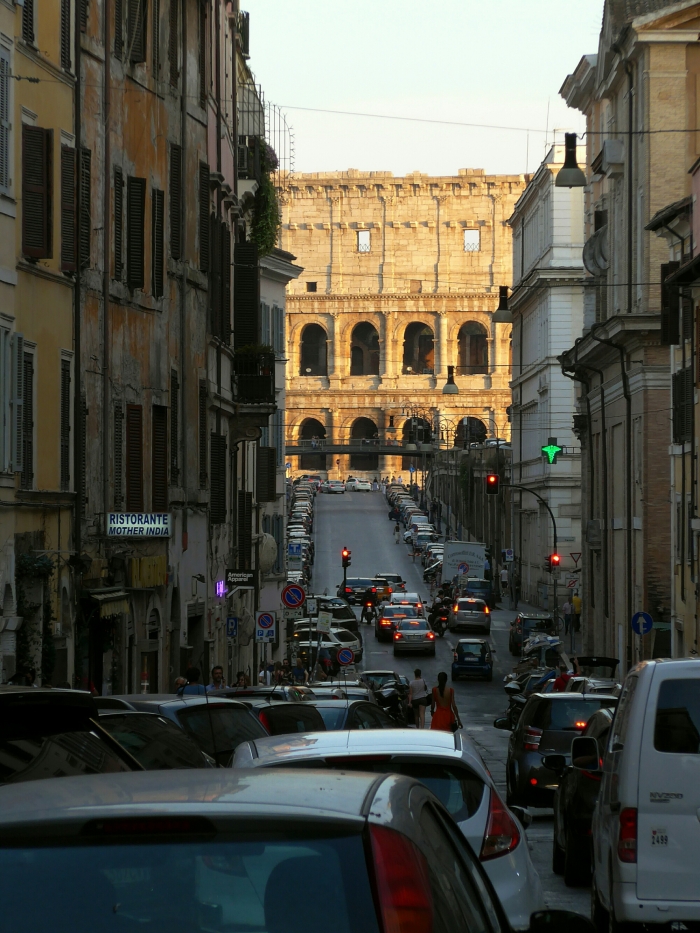