It’s a gorgeous hot and sunny day so we’re off to discover some of the delights if southern Finisterre. After breakfast obviously which today was enjoyed in the sunshine if Cathedral Square.

Our first port of call is just that, the port town of Concarneau which is the third most important fishing port in France. The main thing we want to look at is the “Ville Close” the historic ancient part of the town built on a small island and well fortified. 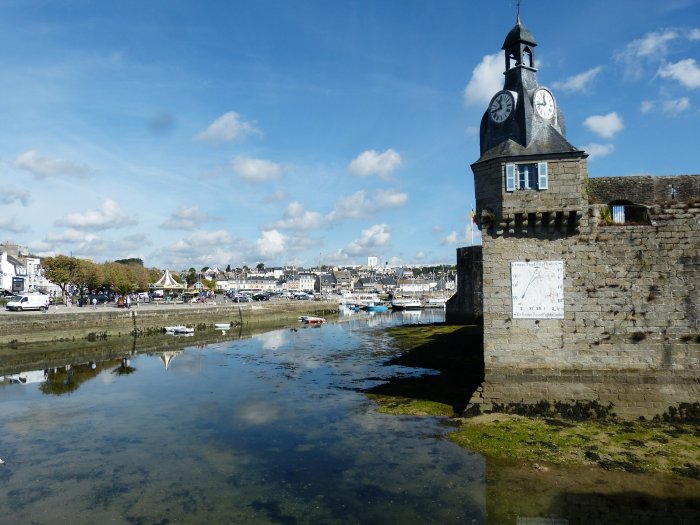 We heard the sound of Breton bagpipes as we crossed over to the entrance in the walls. 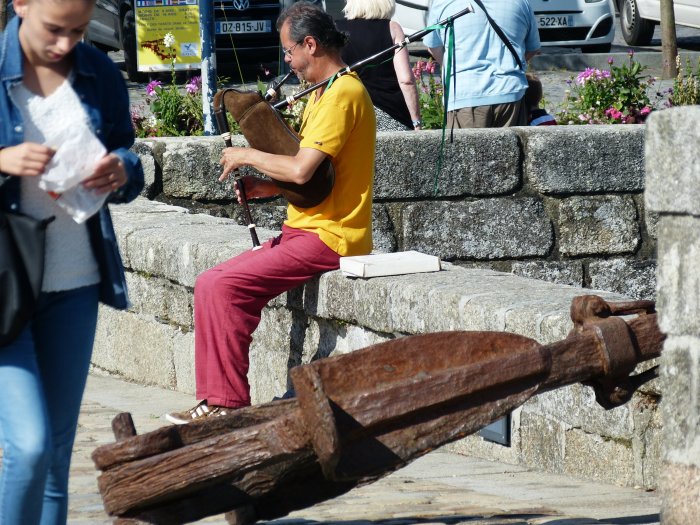 Inside there is a fishing museum but mostly it is nowadays given over to tourist shops and places to eat. It has been inhabited for over one thousand years but now has come to this. 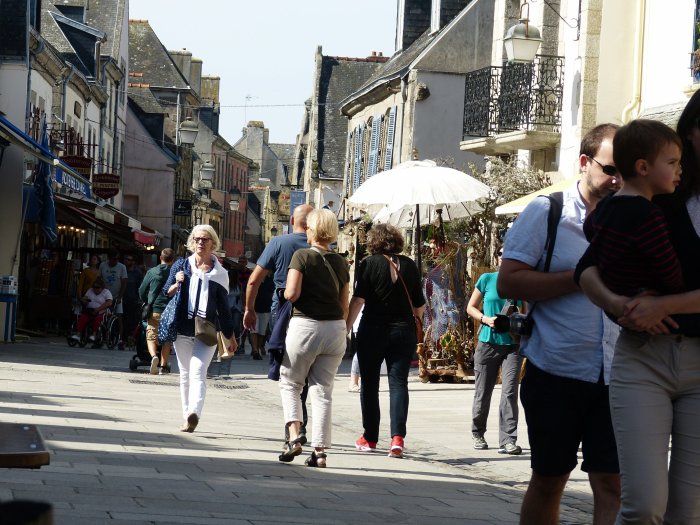 …and I had sardines.

We ended our visit with a walk round the ramparts which are in very good condition but so high that you can only look out through the archers slits as there is no fire step so only limited views.

From Concarneau we moved on to Pont Aven a particularly picturesque village on a river just down the coast. 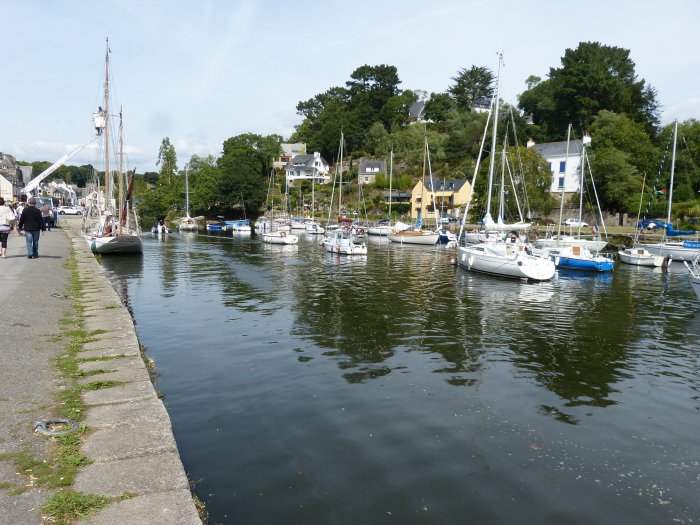 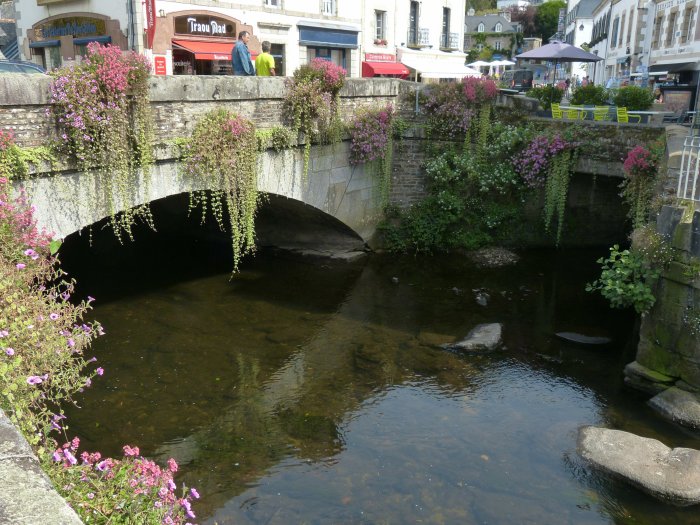 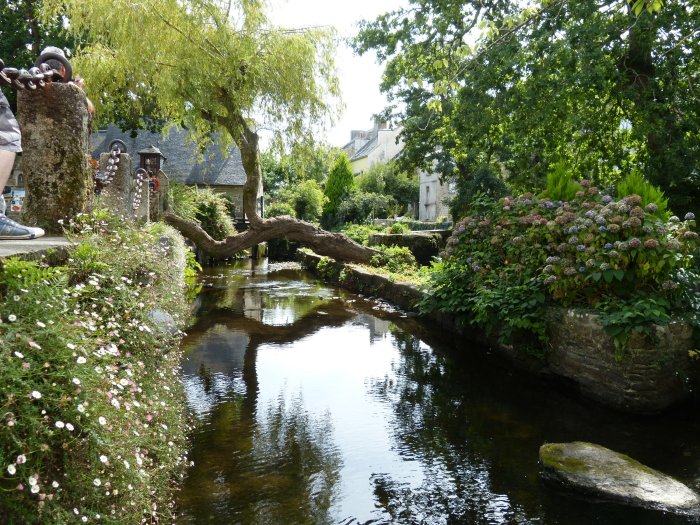 The artist Paul Gaugin was a sometime resident here although history records his being a rude and arrogant man who lorded it over the local population and where he posed in “peasant attire” for visiting artists (according to The Rough Guide). Nevertheless the locals seem to have got over it as they milk his name and reputation at every opportunity!

The main reason for our visit though was a reference in our Rough Guide to Pont Even being “…homd to perhaps the world’s prettiest public toilet…” and this was something clearly not to be missed. And here it is, set pretty in the river 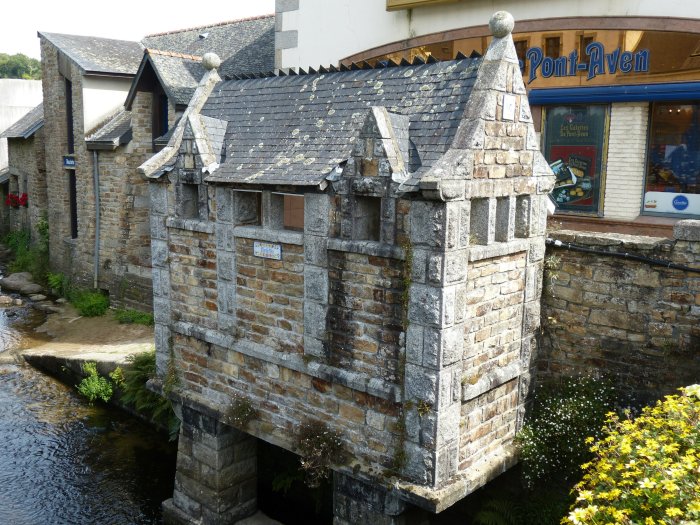 although it is now plumbed into the drains where I’m sure it went straight into the river. Anyway, pretty it certainly is and I can confirm that it’s still in use and popular.