When we visited India in 2017 we really thought that it would be our last trip, then I started thinking about a trip to the Darjeeling area and then I saw a programme on television about the culture and temples of Southern India and suddenly we were going again. This probably WILL be the last time.

Our journey started on Monday when we drove to London’s Heathrow airport and stayed in one of the many hotels on the Bath Road rather than risking the traffic on the Tuesday morning. I won’t name the hotel because it was perfectly good it’s just that I found it decidedly odd. Everywhere was half lit so that you were constantly in danger of bumping into or falling over things, on top of this they put their staff in black uniforms so you sit in the Dining Room with ghostly faces and hands drifting arund the place….but I’m sure that it’s very stylish.

Anyway we both slept very well and were checked in and through security very smoothly and installed on a very confortable Emirates Airbus for our first leg to Dubai. Some seven hours later we tipped out at Dubai and managed to fill a two hour layover without trouble. Dubai is, I believe , now the largest air hub in the world and by the time we had walked to our onward gate I’m fairly certain that we actually flew from somewhere in Iran. Three hours later we were making our approach into Chennai, again a straightforward leg apart from some very small and unhappy children but you can’t complain if they don’t understand why their ears hurt so much.

For an arrival into India, notorious for its fastidious beaurocrats, everything went extremely quickly and we walked out into the heat to meet our Rep. He introduced us to our driver, Bala, who will be with us for the whole stay and our guide for today, a delightful Tamil called Laurence. Laurence is an absolute fount of knowledge and has a fact or date or statistic at hand for every occasion; Bala seems very promising with a lovley, dry sense of humour.

Getting out of Chennai was a bit of a nightmare at that time of the morning because it was the height of the third rush hour of the day but it gave time for us to learn that the British East India Company was actually highly thought of in Chennai, which as Madras was the Company headquarters in India.

We are staying at a beach resort in Mahaballipuram (or Mahallapuram) which seems very comfortable and I look forward to trying the food. After a short stop to refresh ourselves we had a tour round to look at the main historic sites of this UNESCO World Heritage Site but called it a day early as we are completely knackered.

We ended up with a gorgeous walk “on the Coast of Coramandel” as this bit of shoreline is known. this coast suffered around 26,000 fatalities in the 2002 Boxing Day tsunami disaster but appears to have built itself up prettu well.

Here are some pictures then I’m off for a sleep before supper. 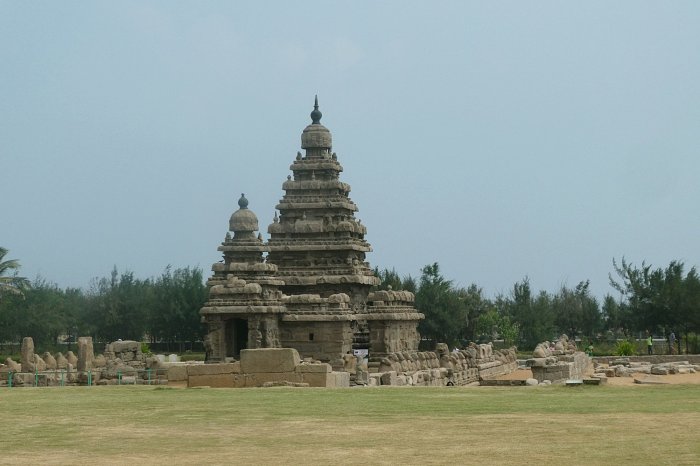 This is the famous Shore Temple, a building that goes back to the time before the Norman Conquest. 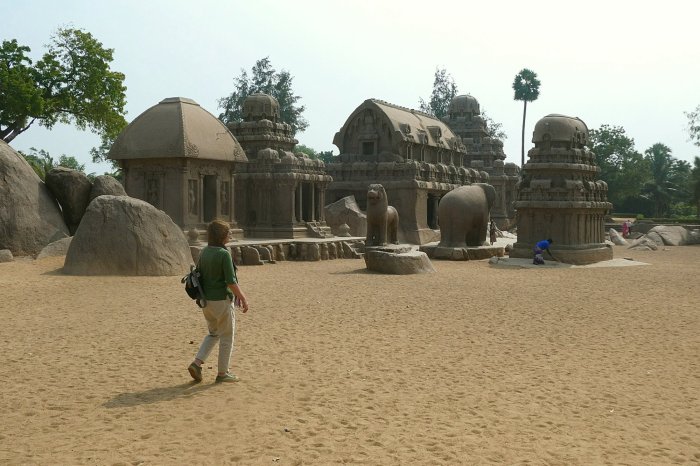 These are the “Five Rathas” which were carved from a single gigantic boulder by three generations of the same family over a period of one hundred and ten years and shows evolution of the local Dravidian style of carving. 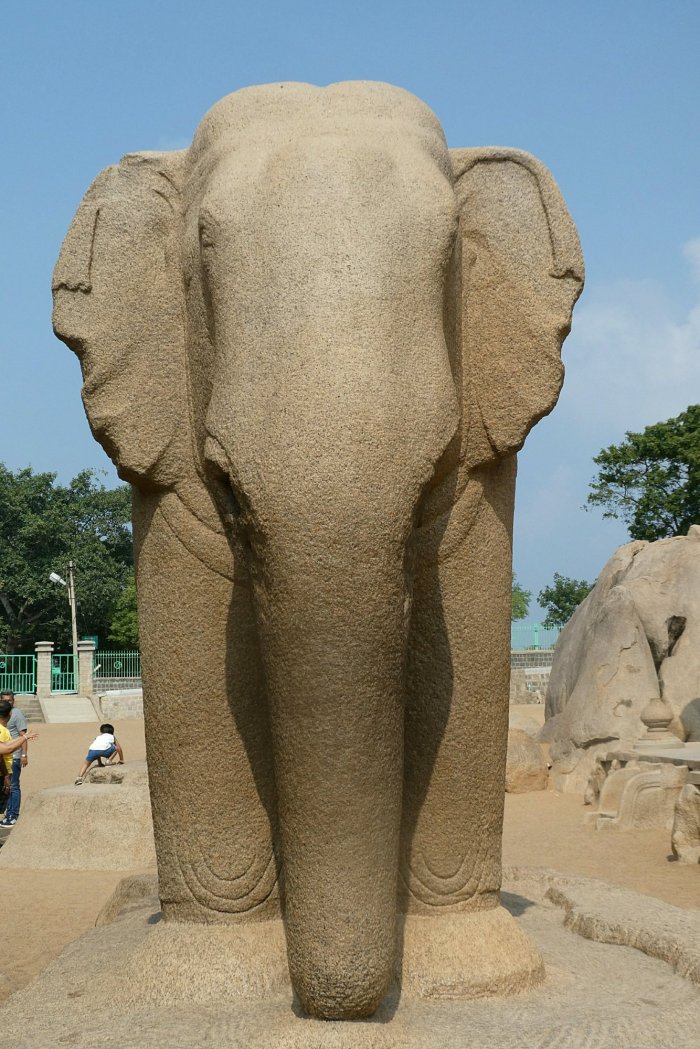 This life sized elephant is carved from a single boulder. 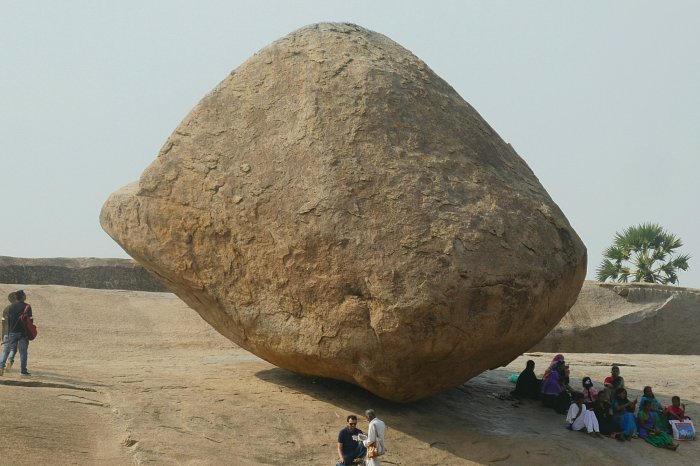 This is Krishna’s Butterball, a boulder weighing some two hundred and fifty tonnes but with a contact area of only about one square metre. There is some scientific explanation but local history has it that Lord Krishna liked eating butter and dropped some, I think that covers it. 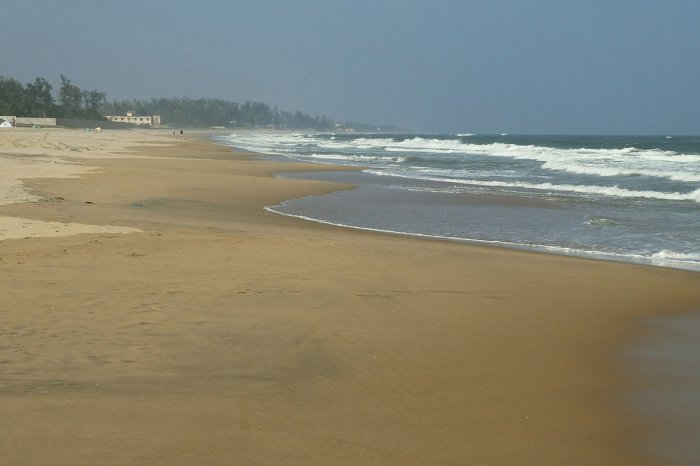 On the Coast of Coramandel but no sign of a Bongy Bongy Bo. Those of a certain age will understand that the rest of you can always Google it.

And finally for today a lizard in the hotel grounds.

Tomorrow we move on the Pondicherry (or Puducherri).