Today has been an improvement as I have only been rained on once. So far.

and a short walk down the hill through the town to the harbour itself. 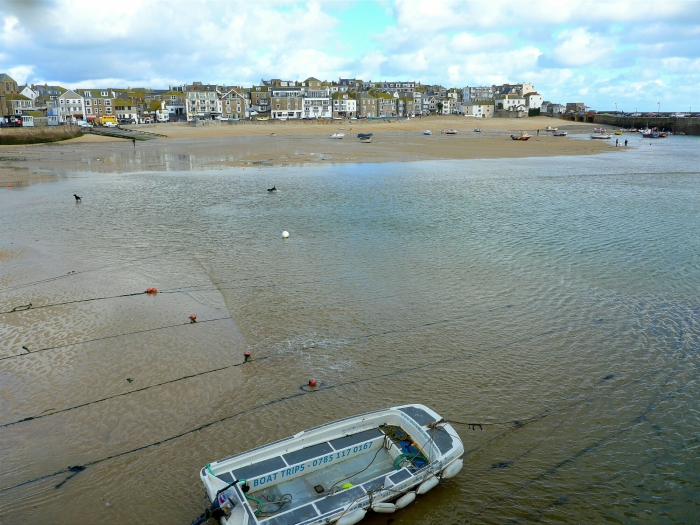 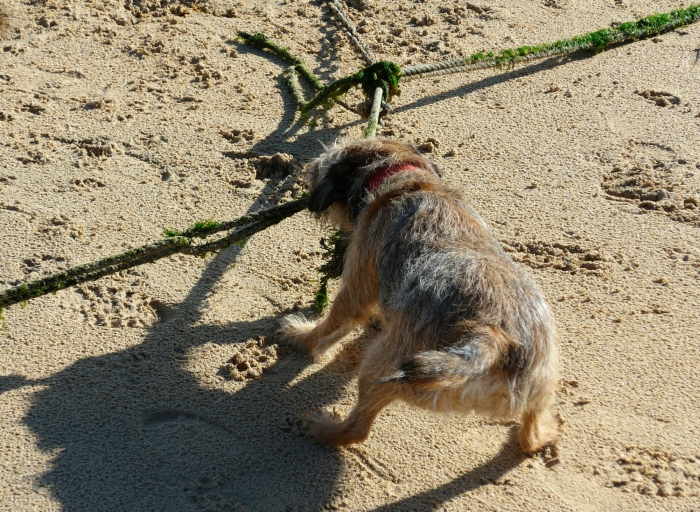 when she failed in her endeavour she just stood and growled at it.

We then toured round the shops and I have to say that there are some very interesting shops and galleries but my overall impression is that it’s really just a seaside resort.

As the sun was actually shining we went over to the sands at Hayle to eat our lunch where there were some cracking views back to St Ives.

After a really good Cornish pasty (thank you St Ives Bakery) it was still a really lovely day so we decided to head back down the coast to one of our favourite spots – Cape Cornwall.

From the carpark we walked down onto the cape which is the most westerly point of mainland England and it was blowing a right hooley.

Walking round the cape we climbed the steps to the Coastwatch station where we learned that the wind was blowing at Force 8 so we carefully continued to the top. Here are my two favourite ladies sitting in front of the day mark pillar.

On the way back to the carpark there is a good view across the bay just north of here and I have to admit that the cottage in the picture must have one of the best views anywhere, I’d love to live there.